Free Shipping on orders over $75. 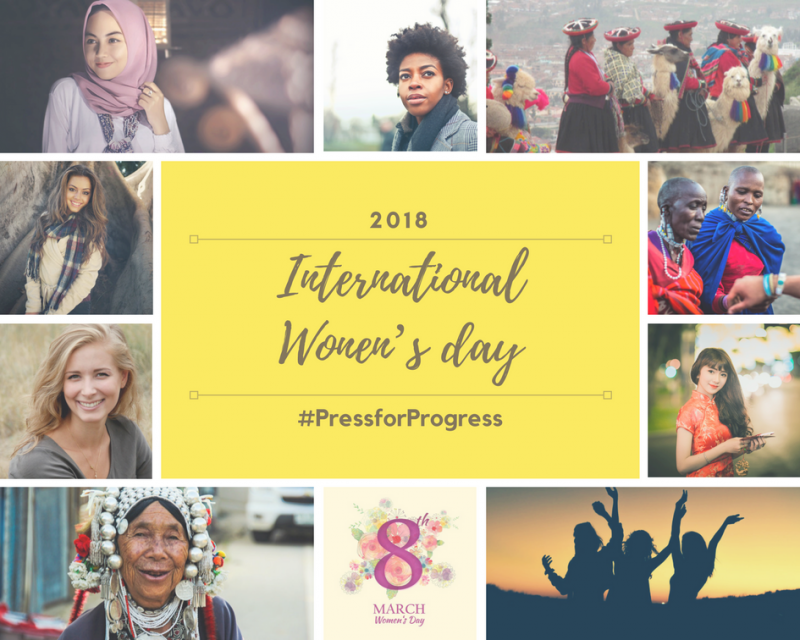 The 8th of March is the day that the world celebrates the achievement of women in social, political, cultural, economic areas. Women today can not only vote but be presidents or prime ministers, be icons like Malala Yousafzai, a prominent education activist and be in the military or police force. Women can pretty much follow any path they want to pursue without facing any discrimination. I wish this last statement were true. It wasn’t until recently that I realized that even though women had made a lot of progress to achieve gender equality, there’s a lot more to do.

Last year, after a rather tricky interview, the interviewer, a man in his 50’s with a high-power position, finished it by saying these words:  “ask your husband if you should come and work for me.”  My jaw dropped to the ground. No, I didn’t discover time travel:  it wasn’t the 1960’s, this happened in Sydney, Australia in 2017. The interview wasn’t for a FIFO (fly in/fly out) position or for one dealing with high chemical waste which are the only instances that I think of it would be appropriate to ask someone to discuss with his/her partner if it’s good or not for the family to take a job.  That is why I was as astonished as you are now. I left the building promising myself not to go back. I don’t have to ask anyone else but me if something is a good or bad decision, if I have permission or not to do something, it’s my life and I make my own choices. This incident made me think of another time, seven years earlier, when a well-known professor of a reputable business school made this woman in my classroom cried when he asked her: what are you doing here and not taking care of your children?

You would’ve thought that after many years of women fighting for better working rights, workplace gender equality, to end violence against women and girls, etc. things would’ve changed by now. The interviewer and professor remarks on gender generalisations and movements like #metoo, that started last year in Hollywood against sexual harassment, or #niunamenos (not one [woman] less) which began in Argentina against gender-based violence remind us that even though women had made a lot of progress, there is still a lot more to be done.

This is not a feminist post because I am far from being a feminist or an anti-man one because we all deserve respect. This is a post to encourage all, women and men, to join the #pressforprogress movement.  I believe that we are the owners of our destiny, but we need to take responsibility. We need to know our self-worth and respect ourselves and each other. Speak up if something doesn’t look right and know when to walk out.  Let’s aim that our children don’t have to start any movement against sexual harassment, violence, and discrimination because gender parity, equality, and justice have been achieved worldwide.